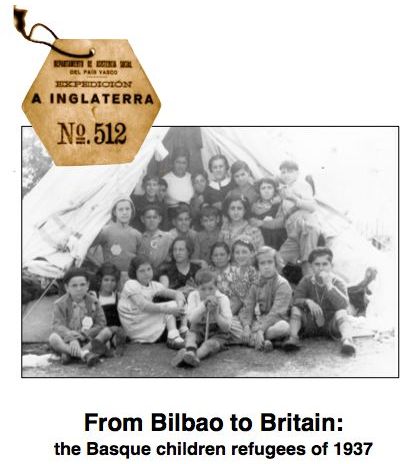 We are pleased to add our new, revised booklet "From Bilbao to Britain" to our list of merchandise.

This is a brief introductory overview of the history of why and how the children were evacuated to Britain, together with some information about the colonies.

The books "Only for Three Months" by Adrian Bell, and "Recuerdos" edited by Natalia Benjamin give much fuller accounts and are highly recommended for further reading.

Spain's Gen Francisco Franco fought a brutal war against democracy with the aid of Hitler and Mussolini and thereafter presided over a regime of state terror and national brainwashing through the controlled media and the state education system. Read the full article here …

The reporter who told world of Guernica atrocity and inspired Picasso is hero of new film. Read more …

The Cañada Blanch Centre seminar: "The Birth of Guernica"

by Gijs van Hensbergen (Fellow of the Cañada Blanch Centre)

The event is free and open to the public. Seats will be allocated on a first-come, first-served basis. See poster …

In just six weeks Picasso finished one of the most dramatic and astonishing works of the 20th Century. Inspired by the horrific news, photographs and witness statements of the bombing, Picasso feverishly tried to respond to the enormity of the catastrophe.

Much has been made of the art historical sources that inspired Picasso's choice of subject matter, but Gijs van Hensbergen seeks out and records the genesis of Picasso's masterpiece in his own earlier work and in other new unpublished sources.

The final masterpiece is a complex synthesis of Picasso's thoughts on war, chaos, the human capacity for astonishing cruelty and a coded autobiographical dissection of his complex emotional life.

Gijs van Hensbergen is a Picasso expert and specialist in Guernica and the Spanish Civil War. He has written the biography of Gaudi and is completing his forthcoming books on the Sagrada Familia and a study of the birth of American philanthropy in the arts. Over the last five years he has collaborated with Sir John Richardson on his four volume biography The Life of Picasso. www.gijsvanhensbergen.com

It is naïve to think we can learn from history:

1937 Basque children were being evacuated from a devastating civil war: a reluctant British government bowed to public pressure and accepted 4,000;

2015 Syrians are being evacuated from a devastating civil war: a reluctant British government has bowed to public pressure and will accept 20,000.

Refugees are our Football Family

We would like to thank those of you who are continuing to send donations to our Association.

Although we no longer have a formal membership we are continuing with the educational aspects - giving talks and mounting exhibitions at schools, local history societies, Universities, museums and so forth, both here and in Spain. We are also helping with the frequent requests for information and background. All these involve not only work but often incur costs, so we are truly grateful to those who continue to support us financially.

We will shortly be putting up reports to let you know what the Association has been doing since we disbanded the membership side.

"Beyond the SS Habana"

Stepping onto English shores, Josefina Suñé is uprooted from her Spanish background …

this true story unfolds as she falls in love and marries …

Talk by guest speaker Manuel Moreno on "The Guernica Generation"

Our readers may find the following article interesting. It is about a new film being made on the bombing of Guernica. 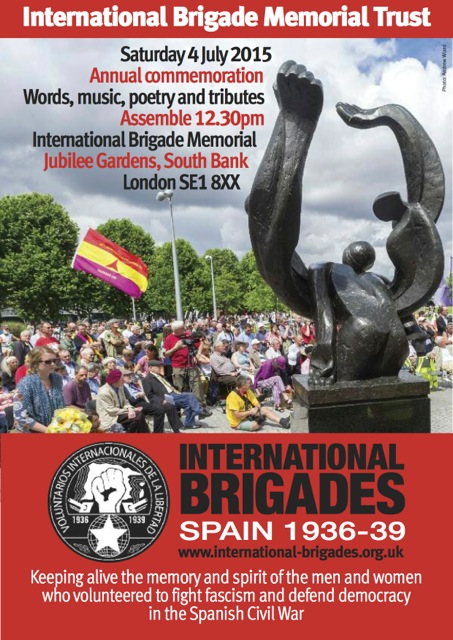 This year's commemoration takes place from 1pm-2pm (assemble from 12.30pm).

Speakers include Owen Jones, with music from Ewan McLennan and Karl Lewkowitz and poetry from Francesca Beard.

A project about the Spanish Exile in the United Kingdom. Exhibition, screenings, performance and talks see link below:

From 'The Guardian’ archive, 30 April 1937: Editorial: the senseless bombardment of Guernica

Film that tells the story of the Basque children who were evacuated to the United Kingdom during the Spanish Civil War.

The film accompanies the exhibition "Basque Children in Yorkshire 1937" which is currently on display at the museum on Wakefield Road.

The film showing starts at 2pm and will last approximately an hour.

Afterwards, Carmen Kilner, who was instrumental in putting together the film and the exhibition, will answer questions from the audience.

Flyer for the event Note: attendance is free, but places must be reserved

Arturo Barea: From Civil War Madrid to Exile in Oxfordshire

This story follows one of the los niños vascos, Esperanza, a typist, twenty years later in post-war Britain, who decides to make the dangerous journey back to her past, and Franco's Spain.

After the destruction of Guernica 4,000 children were evacuated from Spain to the UK. They were dispersed to many "colonies" across the country including one at Almondbury.

This exhibition by the Basque Children ’37 Association UK remembers and preserves the story of these children:
los niños vascos.