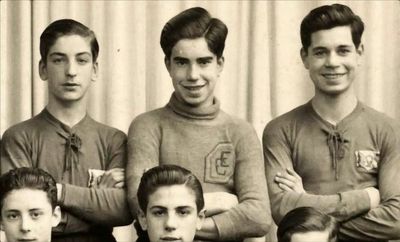 A further article related to Football/Caerleon from Christopher Evans …

A tale of tragedy and triumph: From Wales to Argentina via the Basque Country

"… Gabriela Karina Andrés, who lives in the coastal city of Mar del Plata in the Buenos Aires province of Argentina, knew that her grandfather had been in Caerleon and that his identification number was 3856 … , but was keen to find out more. When she found out about the footballing success of her grandfather’s team, she contacted her father, Jaime Luis Andrés, Julio’s son, who now lives in Tenerife. He was overjoyed to learn more about his father’s time in Wales …" Read the full article here …

To a flag made by a refugee child

Simon Martinez describes the background to a poem by Jack M'Quoid

The Basque Children in Great Britain 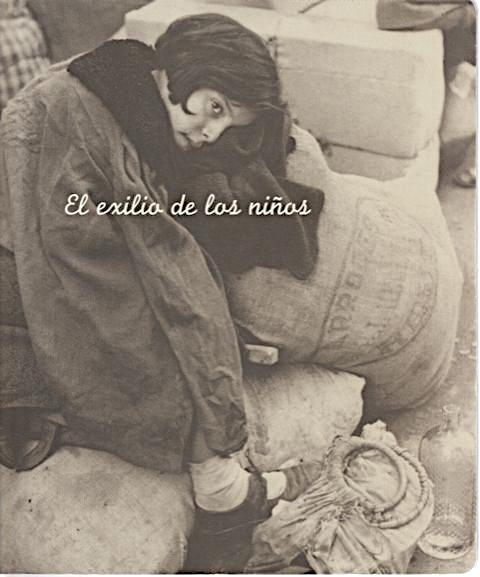 Natalia condenses the true story of what happened and the effects it had on the children over the few years they were safely away from the horrors of the civil war that was raging in their own country. 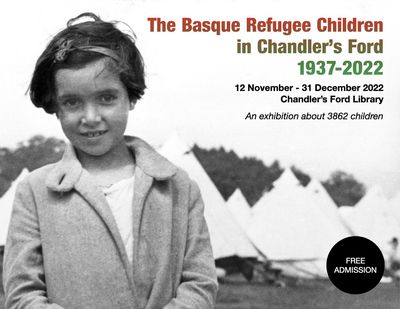 The camp at North Stoneham was in Chandler's Ford in the summer of 1937.

We are very pleased to see the camp remembered there and to see the work of Stuart Allen. 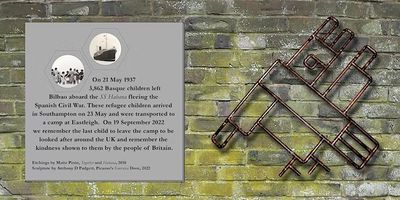 Memorial to the Basque children in Southampton

Report and Thank Yous for the memorial to the Basque Children at Town Quay Park, Southampton, by Simon Martinez here …

Photographs of the event in our gallery

The Senate definitively approves the Law of Democratic Memory.

Two new circumstances for acquiring Spanish nationality are included for those who suffered exile: the sons and daughters, born abroad, of Spanish women who lost their nationality because they married foreigners before 1978, and the adult sons and daughters of Spaniards whose nationality of origin was recognized by virtue of the right of option.

The Intergenerational Transmission of Memory: The Legacies of Spanish Republican Exile

Call to first, second and third generations of niños to participate in a research project about family memories.

Principal investigator Dr. Monica Jato. Professor of Hispanic Studies at the University of Birmingham, UK. The study focuses on the communication of memory among the first, second and third generations of Spanish exiles. Read full introduction and how to participate here

Remembering … Stories from the Basque child refugee archives Currently on show at the Level 4 Gallery, Hartley Library, University of Southampton until Friday 28 October 2022. Created to mark the 85th anniversary of the arrival of nearly 4,000 children on board the Habana in 1937, it draws on material from the Basque child refugee material at Southampton. We give voice to the children. Read more here … The Hartley Library is open daily, currently until midnight. Visitors to the Library will need to bring photo ID to gain entry to the building.

We are pleased to welcome Karen Robson, Gail Giles and Peter Anderson as new trustees of the Association, joining Carmen Kilner, Ed Packard, Simon Martinez and Willie Black. We look forward to using the additional wealth of experience and expertise of our new trustees in consolidating our archive of material about the Basque Children for the benefit of posterity, and being able to offer more talks and exhibitions locally throughout the UK. Karen Robson is essentially the UK Basque children's archivist and is based in the key location of Southampton where she is Head of Archives and Special Collections at the University of Southampton. Gail Giles has been a powerhouse in research predating the formation of our Association and has been a key contributer and organiser of events in Wales. Peter Anderson is one of the current leading academics of the Basque children. He is based in Leeds where he is Professor of Twentieth-Century Spanish History and Deputy Head of School of History at the University of Leeds.

Until December 2022.
Exhibition "The children of '37 in the United Kingdom" at the Museum, San Mamés Stadium, Bilbao.

To view the exhibition you will need to buy tickets for the Museum tour. These are available at doors 19-20. Visits to the exhibition are included with general admission to the Athletic Club Museum and the San Mamés Tour. The Niños del '37 exhibition is in the museum gallery at the end of the tour.

For tickets to the exhibition go to: https://tickets.athletic-club.eus/athleticclub-museo/en_US/tickets.

A full, illustrated report of this major event by Christopher Evans can be viewed here …

… of the 85th commemorative events at Caerleon here …

Bilbao to Caerleon - The Basque Child Refugees of 1937

In 2001 Gail Giles wrote a "long essay" as part of her degree. This is probably the first document written on a single colony - before our association was formed!

This article has just appeared in El Correo, including an interview with First Minister for Wales, Rt. Hon. Mark Drakeford.
Read it here … 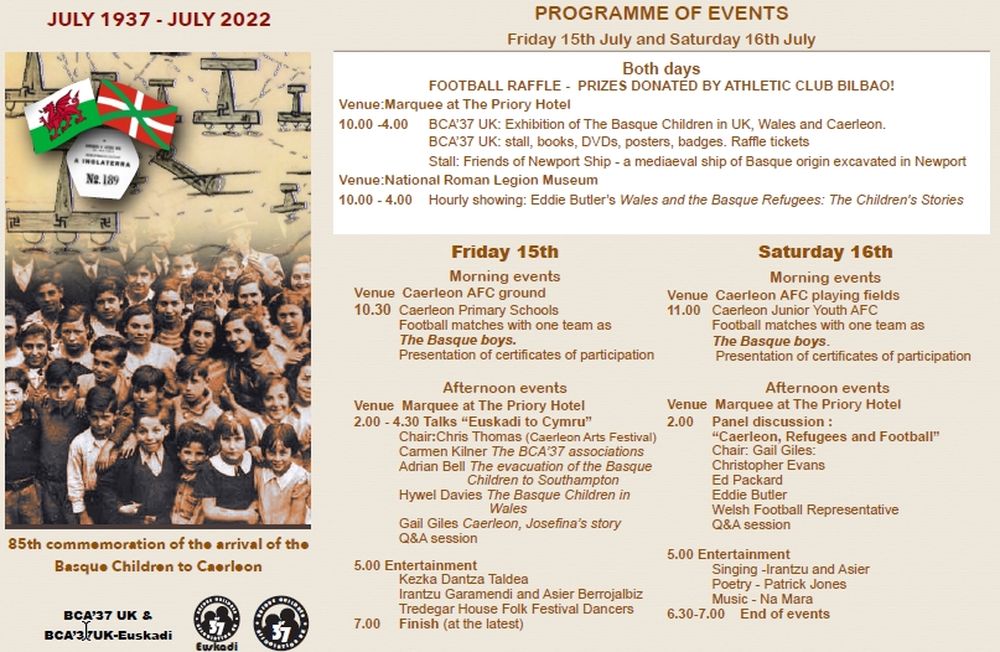 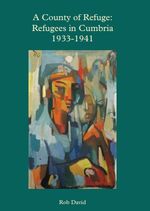 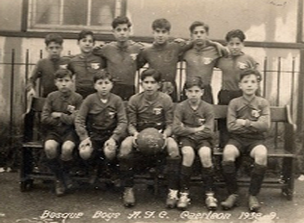